The twenty-fourth letter of the English alphabet and the last letter of the proper Latin alphabet. As a numeral it stands for ten.

A lady who was initiated into Freemasonry by a French Lodge that did not have the excuse for this violation of law that we must accord to the Irish one in the case of Miss Saint Leger. Clavel (Histoire Pittoresque, page 34) tells the story, but does not give the date, though it must have been about the close of the eighteenth century. The law of the Grand Orient of France required each Lodge of Adoption to be connected with and placed under the immediate guardianship of a regular Lodge of Freemasons. It was in one of these guardian Lodges that the female initiation which we are about to describe took place.

The Lodge of Freres-Artistes, Brother-Artists, at Paris, over which Brother Cuvelier de Trie presided as Master, was about to give what is called a Fete of Adoption, that is, to open a Lodge for female Freemasonry, and initiate candidates into that Rite.

Previous, however, to the introduction of the female members, the Brethren opened a regular Lodge of Ancient Freemasonry in the First Degree. Among the visitors who waited in the antechamber for admission was a youthful officer in the uniform of a captain of cavalry. His Diploma or Certificate was requested of him by the member deputed for the examination of the visitors, for the purpose of having it inspected by the Lodge. After some little hesitation, he handed the party asking for it a folded paper, which was immediately carried to the Orator of the Lodge, who, on opening it, discovered that it was the Commission of an Aide-de-Camp, which had been granted by the Directory to the wife of General de Xaintrailles, a lady who, like several others of her sex in those troublous times, had donned the masculine attire and gained a military rank at the point of the sword.

When the nature of the supposed Diploma was made known to the Lodge, it may readily be supposed that the surprise was general. But the members were Frenchmen, they were excitable and they were gallant; and consequently, in a sudden and exalted fit of enthusiasm, which as Freemasons we cannot excuse, they unanimously determined to confer the First Degree, not of Adoption, but so far as they could do so, of regular and legitimate Freemasonry, on the brave woman who had so often exhibited every manly virtue, and to whom her country had on more than one occasion committed trusts requiring the greatest discretion and prudence as well as courage.

Madame de Xaintrailles was made acquainted with the resolution of the Lodge, and her acquiescence in its wishes requested. To the offer, she replied, “I have been a man for my country, and I will again be a man for my Brethren.” According to the report, she was forthwith introduced and initiated as an Entered Apprentice, and repeatedly afterward assisted the Lodge in its labors in the First Degree. Doubtless the Irish Lodge was, under all the circumstances, excused, if not justified, in the initiation of Miss Saint Leger. But for the reception of Madame de Xaintrailles we look in vain for the slightest shadow of an apology. The outrage on their obligations as Freemasons, by the members of the Parisian Lodge, richly merited the severest punishment, which ought not to have been averted by the plea that the offense was committed in a sudden spirit of enthusiasm and gallantry.

He was Bishop of Almeria, and Inquisitor-General of Spain, and an ardent persecutor of the Freemasons. In 1815, Ferdinand VII having re-established the Inquisition in Spain and suppressed the Masonic Lodges, Xavier published the Bull of Pius VII against the Order, in an ordinance of his own, in which he denounced the Lodges as “Societies which lead to sedition, to independence, and to all errors and crimes.” He threatened the utmost rights of the civil and canon laws against all who did not, within the space of fifteen days, renounce them; and then instituted a series of persecutions of the most atrocious character. Many of the most distinguished persons of Spain were arrested, and imprisoned in the dungeons of the Inquisition, on the charge of being “suspected of Freemasonry.”

On the 24th of April, 1738, Pope Clement XII issued his Bull forbidding the practice of Freemasonry by the members of the Roman Catholic Church. Many of the Freemasons of Italy continued, however, to meet; but, for the purpose of escaping the temporal penalties of the Bull, which extended, in some cases, to the infliction of capital punishment, they changed their esoteric name, and called themselves Xerophagists. This is a compound of two Greek words signifying Eaters of dry food, and by it they alluded to an engagement into which they entered to abstain from the drinking of wine. They were, in fact, about the first temperance society on record. Thory says (Acta Latomorum I, page 346) that a manuscript concerning them was contained in the collection of the Mother Lodge of the Philosophic Scottish Rite,

A significant word in the Degree of Sublime Prince of the Royal Secret, the Thirty-second of the Ancient and Accepted Scottish Rite. He is referred to in the old instructions of that Degree as represented by Frederick the Great, the supposed founder of the Rite. Probably this is on account of the great military genius of both.

A significant word in the higher Degrees. Delaunay (Tuileur, page 40) presents it as Xincheu, and says that it has been translated as the Seat of there Soul. But in either form it has evidently undergone such corruption as to be no longer comprehensible.

In ancient architecture a long and open, but sometimes covered, court with porticoes, for athletic exercises.

The name of the Babylonish King at the time of the Deluge. According to Berossus, ninth of a race who reigned 432,000 years. Also, Adrahasis of Slarippak, son of Uhara-Tutu, the Patriarch, to whom, according to the Deluge Tablet, the gods revealed the secret of the itllpencling Deluge and who erected an Ark accordingly, whereby he and his family and sevens of all clean beasts were saved. Xysuthrus means “shut up in a box or Ark,” from the two characters signifying enclosed, and boz, respectively. In Accadian he is called Tamzi, Tammuz, the Sun of Life. 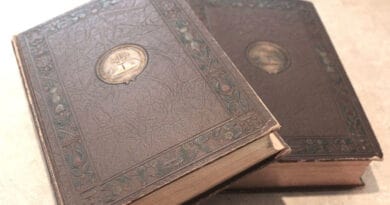